In the fall of 2015, Archie Fisher, perhaps Scotland's most renowned and revered folksinger/songwriter/ traditional song interpreter, released a CD that included a song by Richard. Here's what one reviewer said of Archie's rendition of that song:

"Richard Berman’s stark and lovely Loch Lomond-inspired rite of passage song “The Gifts” is one of the single most lovely songs that Fisher has ever recorded." Lahri Bond Reviewing Archie Fisher's CD, A Silent Song, in “Celtic Music Magazine".

This is Richard's rendition of "The Gifts": 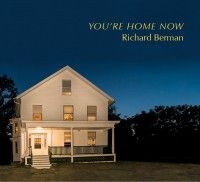 In November of 2014, Richard released his seventh CD, You're Home Now. He asked some DJs who post on FolkDJ to listen and give their responses. Here is what they wrote:

“Richard Berman does what he always does- offers a CD with intimate and personal songs that tell us stories we want to hear.  At the end of the CD we feel we’ve heard something important.  These are great tunes that fit the stories with an appealing gentleness.”
Mike Flynn “The Folk Sampler” Sloam, AR

“For more than two decades Richard Berman has crafted intimate music that explores the many facets of personal relationships and the human condition.  This tradition continues with his most recent release, You're Home Now.  Within the confines of this new disc are songs that are poignant, songs that pull at one's heartstrings, and songs to stimulate quiet reflection.  This is a finely crafted work and one that will nudge you to spin it again and again."
Craig Huegel “Morning Show Monday” WMNF, Tampa, FL

"I have always admired the precision and meticulous care with which Richard prepares and presents his songs, and this has never been more true than on You're Home Now. The title track jumped right out and into my consciousness, tears and all.... it is outstanding, especially when connected to the back story of "People Holding Hands". Another one that hangs in my mind still is the one about his daughter going off to college. Richard, you must promise to come back to Cape Cod for another live interview and performance at WOMR on The Old Songs' Home radio show."
Bob Weiser “The Old Songs’ Home” WOMR, Provincetown, MA

“I listen to Jamie Anderson sing the title song to Richard’s new album You’re Home Now and it brings me to (happy) tears.  Richard has a unique talent, able to include details in his songs that turn them into great stories as well.”
Michael Stock “Folk & Acoustic Music” WLRN Radio, Miami, FL

“The subjects Richard takes on are very emotional and sometimes controversial, but the details and contradictions of the issues come through in a very clear and understandable way.  The melodies are strong and very engaging, but they do not compete with the lyrics for attention. There is an even blend of words and music very satisfying to the listener. It is a most enjoyable CD!”
Ray Baumler “A Variety of Folk” WRUR-88.5, Rochester, NY

“Richard Berman’s voice is rich and soothing like a warm fire on a cold night or a cool breeze on a hot summer day.   His moving song lyrics weave stories like an old tapestry made with new thread.”
Ruby  Slippers KVMR-FM, Nevada City, California

“I have had the pleasure of meeting this music poet. Richard has a unique gift- ordinary stories told in an extraordinary way. Therein lies the secret. Listen to this collection and you will be delighted. Well done, Mr. Berman, here’s another fine offering you have gifted us."
Peter Grogan “It’s All in the Song”, Dublin City Radio 103.2, Dublin, Ireland 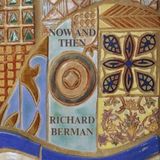 What DJs Have Written About Richard's previous CD, Now and Then:

Richard Berman's latest work--Now & Then- just builds on all the wonderful stories and insights he has composed over the years and goes to a whole other level- songs of longing, loving, and emotion capped with a brilliant trilogy on the tale of The Prodigal Son from the three different viewpoints. One word review for this CD would be   "Brilliant".
Bill Hahn, co-host of  "Traditions" on WFDU, Teaneck, N.J.

The Prodigal Son trilogy is a terrific three song expansion of a concept presented from three points of view - something I don't think I've ever seen done quite this way before on any album of original songs. It's the musical equivalent of an actor in a one-person show deftly switching character and perfectly presenting the same story through the eyes of three different people. For my money, the songs "You, Me and Bobbie McGee" and "Blessings" are worth the price of admission alone.
Jeff Emery, host of "Backroads" on KZSC, Santa Cruz, CA

Richard Berman's music could be described as the contemplative sound track for a life richly lived, for the person who is in love with their spouse, family, and friends, and understands that a life well lived is not without questions or regrets.   Employing beautifully spare arrangements, Berman combines articulate, thoughtful lyrics with soothing melodies.  His voice is warm and mellow, perfectly able to convey the complex spiritual and intellectual themes that are explored throughout his songs.
Maggie Ferguson, host of "The Old Front Porch" on WXOU, Rochester, MI

Richard Berman's Now and Then is a stellar work from a craftsman of story and melody. These dozen tunes allow you a look through Berman's personal memories, simultaneously allowing you to access your own rear view mirror, since the CD is rife with universal themes- love for women, song, lost romance and Momma Earth touch the memories of us all, whether sweet or bitter. "You, Me and Bobbie McGee" puts me behind the wheel of my own memories, thanks to Richard Berman's willingness to share his.  He offers up "Mister Guitar Player" and "The Prodigal Son Trilogy" to lift our thoughts out of despair and infuse them with pleasant reflection, productive  retrospective and yes, even hope. In the landscape of new music - give yourself a leisurely listen to Now and Then and pass it on to your friends.
Sonnie Brown, host of "The Minstrel Song Show" KCBX, FM-90, San Luis Obispo/Santa Barbara California USA